If you are new to our Website, don’t forget to Subscribe with your email Adress to get the latest updates right in Inox.

Mobile/Ipad streamer and professional PUBG Mobile gamer, Soul MortaL also is widely known as MortaL. He is the most famous PUBG Mobile gamer in India after CarryisLive and Dynamo Gaming. His real name is Naman Mathur. MortaL has a YouTube channel and a huge fan base. His fans worship him as a gamer. MortaL is now 23 years old as of 2019. 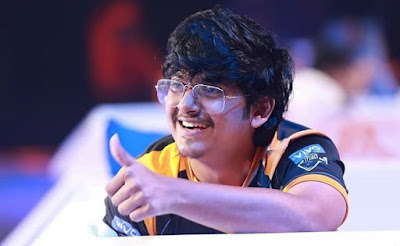 MortaL started his YouTube channel on 23rd Sep 2013. He used to upload other gameplay videos like Mni Militia. MortaL now has 3.33 million subscribers and almost 3 billion views on his Youtube channel.
MortaL was born on 22 May 1996. He lives with his father and mother in Maharashtra. He completed his school studies in a local school in Maharashtra. Later, he completed his B.Com in a local college. His further planning is to become a lawyer.

Soul Mortal started his YouTube Channel on 23rd Sept 2013. He used to upload his gameplays of the Mini militia game. He was not that famous during those days. Before PUBG Mobile, he played games like PS1, PS2, Mini Militia, Contra, Mario, Dangerous Dave, GTA San Andreas, Counter-Strike.

Mortal said in the last interview the Counter-Strike was one of the most favorite games. Though he did not upload all of the games he played. He first started streaming Mini Militia on youtube in October 2016.

As I said MortaL joined YouTube in 2013 but in an interview he said, he started working on videos from 2016. At first, he used to have a very low amount of visitors on his channel. Then one day he uploaded a gameplay video in which he amazing finishes the match. He got almost 5 million views on that video, and also gained many subscribers. He realized his chance and started working on more videos. Eventually, he came up with the idea of streaming PUBG Mobile on Youtube.

The first Viral video of Soul Mortal(Every PUBG player will watch this Ending)
Mortal has almost 3.9 million subscribers and 285,079,820 views on his channel. After CarryMinati and Dynamo, he has 3rd biggest PUBG Mobile/Game Streamer in India. Though he is the only most subscribed Mobile gamer in YouTube India who plays in Mobile only.
MortaL streams almost every day. Some of his fellow streamer friends are Soul Viper, Soul Ronak, Soul Regaltos, 8bit Thug, Athena Gaming, etc. Once Mortal played with Athena and after that, Athena also becomes very famous in India. MortaL really loved his God-like gameplay. MortaL calls his subscribers the MortaL Army, and he loves them all.
MortaL not only entertains people by streaming but also often shares tips and tricks. He helped many other streamers. Besides doing YouTube streams, he is representing India on Esports. He played many tournaments with his team on Esports so far. Indian gamers are very happy to have him representing India. 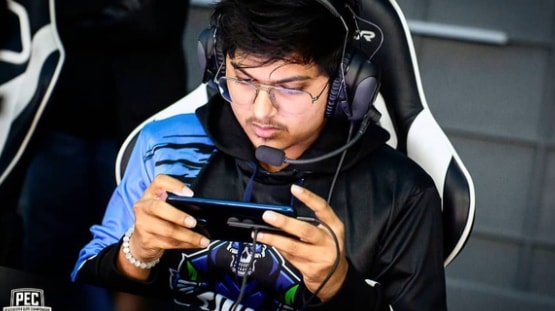 He got the highest number of subscribers when he uploaded the video of  “Oppo India Star Challenge”. on that day, he got 35K subscribers on a signal day. Recently, his channel is gaining over 15k subscribers every day. “Every PUBG Player Well watch this Ending” is another viral video. This video instantly received 4.8M views and gave his channel a good boost. Mortal has multiple sources of income besides just youtube ad revenue. He earns through AdSense, Super chats, PayTM/ GPay donations, and membership.

MortaL played several tournaments on PUBG Mobile. He got fame in the world after winning the Oppo PUBG Mobile India series 2019. MortaL and his team won  30 Lakh prize money in it. 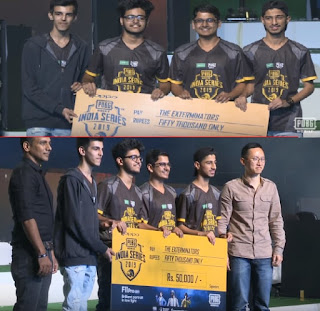 They also participated in PUBG Mobile PMCO India, 2019 in Berlin. The became the winner and secured $80,000 cash prize. 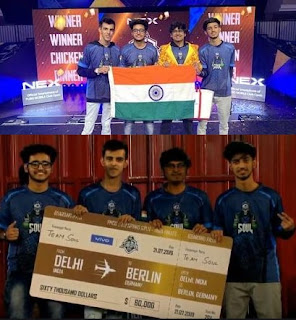 Mortal was also present in the India Star Challenge with Dynamo, Rawknee, and the others.
Though he left Esports and Team Soul some months ago he is back again. Recently, He is giving much attention to PMCO Fall Split 2019. All the teams from India giving their everything to win the matches.

In the first of 2019, Mortal left team Soul from Esport. In the beginning, he started to concentrate on the PMCO tournaments. He lost some of the matches too but eventually, he left the team soul and stopped playing Esports tournament matches.
According to MortaL, it takes too much time to lead a team for Esports matches. He is a streamer and influencer. All he is today is because of his fams and he has to take care of them. He can not handle both of the career single-handedly. He will guide the teams who want to represent India but he won’t be representing India on Esport as a team leader of Soul. So, he decided to leave the team Soul and stopped playing on Esport.

It seems MortaL is back again. In this last time of the year, MortaL joined Esport again. Recently he is participating in PMCO fall split 2019 with his fellow teammates. Once again and he is doing quite a good job. Mortal said he is doing it because of his YouTube family. 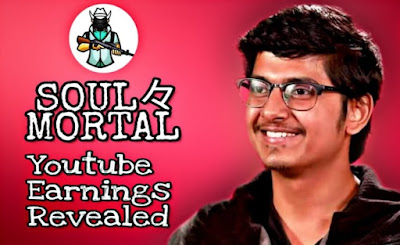 We all have pretty much an idea of Mortal’s income. Of course, he is earning a lot but not as much as we think. Of course, he has 3.5 million subscribers on his youtube channel. He roughly gets 1 million average views per day. I am leaving all the sponsors and donations he gets. If we take only Adsense ads then he earns 1 dollar for each 10k views. 500k/10k=$50. Thus, he earns 50-100 dollars per day from his AdSense ads.

Now if we talk about his donations, I have watched and analyzed his one-day earning from the donations. he roughly gets 30k rupees donation from his single live stream.
Also, he has big sponsors like PUBG Mobile, Omlate Arcade, OnePlus, etc. He also earns a lot from these sponsors. So, what do you think now? How much mortaL does earn from his videos per month. Comment below.
In an interview, mortal said about his first donation and the highest donation. He says, “his first donation was 40 rupees and his highest donation was 10,000 rupees donated by Rahul Shrinivas”. Later he received many other huge amounts of donations on his live streams. 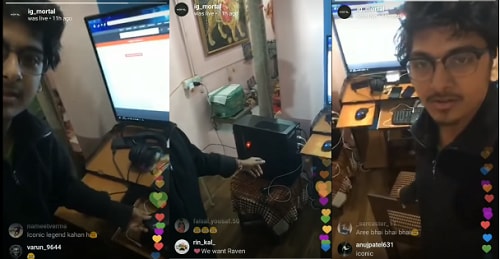 MortaL usually plays on his Ipad but he now uses his Asus ROG phone II. According to him, it is not about having a big screen like Ipad because it is a game of mind and you will have an advantage when you are doing practice a lot, Screen Size doesn’t matter a lot. He first used 3 finger claw control then he moved to 4 finger claw, which is much better.
Now let’s talk about MortaL’s sensitivity setting. According to MortaL, sensitivity is something that we should find ourselves according to our comfort. It is best when you regularly play with your sensitivity and practice with it to understand it even more. We master our sensitivity and try to increase it to a higher level and when it is at the highest level we will able to move very fast.

If you still want to adopt Soul Mortal’s sensitivity setting then check this video. You can take screenshots and apply them to your setting.

Mortal’s Thoughts on Emulator PlayersIt has been a great controversy going on about the emulator players. People play mobile games on the PC which gets a great advantage. In an interview, mortal said It doesn’t matter because Tencent allowed us to play. Also, emulator players can only play matches with emulator players. So, it got no issue whether if you are playing on Mobile or Emulator. Both are legal. 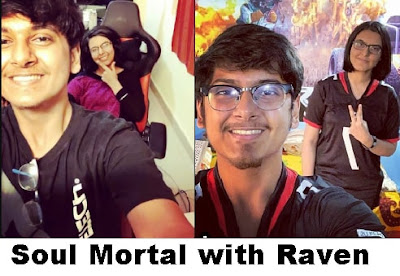 Everyone thinks it is a rumor but Raven is Mortal’s girlfriend who is also a gamer. Raven also streams on his youtube channel. Also, Mortal’s friend calls Raven as Bhabi which means Raven is the wife of Mortal. Though they are not married yet.

Thoughts: Soul Mortal is not just a gamer but he is the most humble gamer in the Indian gaming community. He is so very kind to everyone. His fans tried to trick him and kill him in his games but still, he never reacted to them.
Soul Mortal is now known as Mortal because he left Esport and Team Soul several months ago. He wants to stay connected with his youtube family. After all, getting many requests from India to join Esports again, he is now participating in tournaments again.
However, he is not yet agreed to join Esport. Mortal and his team are very entertaining. People appreciate and support him a lot for his live streams.

I have included almost all the information about Mortal. If you want something more, you can ask in the comment section below. We will get to as soon as possible.

Please share this article with your friends too.
Also read- Earn 850+ UC for free in PUBG Mobile| bonus reward Challenge 2019