by CaptainJOJO 268 views
PUBG Mobile is soon going through a new update with the brand new season 12. Season 11 has come to an end and the game has already revealed some of the best items that are going to be available on this upcoming Season.
Some of the leaks are showing that we are going to get a lot more, like we have never seen before. And the female players are also going to get something special from the Royale Pass Rewards.
Upgradable Groza, and M416 skin, Unicorn set with some dope unicorn skin, and outfit, 2 RP 100 outfit, brand new MVP emote and many more items are coming to PUBG Mobile Season 12 on this March.
These leaks and information are collected and shared by a famous YouTuber called ClassifiedYT with the help of Tamizha.
Some of the items are not from Royale Pass rewards. Players might have to use spins or open crates to get them. 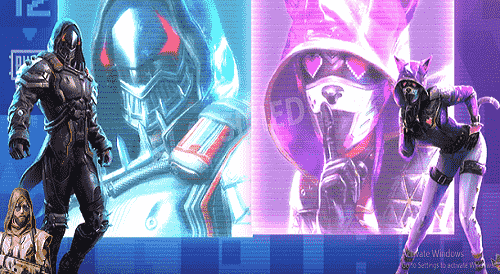 So, let’s not wait and dive right into the upcoming leaks and rewards of PUBG Mobile Season 12.

As it was already mentioned on the PUBG Mobile, that season 11 is going to end on 3 March. Players will see the  Season 12 update on around the 4th of March.
The beta version of this upcoming Season 12 is already out and there are several leaked items are going viral on the internet. Here are the leaked items, skins, Royale Pass outfit and more.

Season 12 leaks reveal that the PUBG Mobile will bring some of the coolest items like lego designed M416 skin, upgradable Groza skin, unicorn set and many more.

If you haven’t subscribed to our page then don’t forget to subscribe to stay updated with every gaming news.
1. Upgradable Groza: Forest Raider
Now lets head towards the most dope skins that are soon going to available on Season 12. PUBG Mobile is going to bring an upgradable Groza Skin for the very first time in the game.

As you can see the image of the Groza. This Groza Skin is called Groza: Forest Raider. No one has ever seen a Groza skin like this before in PUBG Mobile. This thing is going to be available on crates and it will cost much more than you are thinking.
2. Lizard Roar: M4 skin
Also, there will be an M416 skin that can be upgraded to level 7. The name and look of this new Season 12 skin have been leaked. This new M4 skin is called Lizard Road which has really dope bluish design on it. 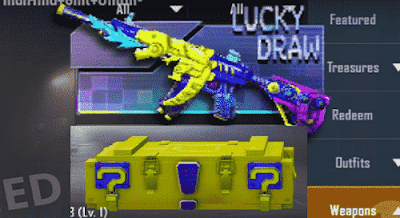 This new M4 skin almost looks like a lego design. The kill feed and kill crate are also in light radian color and it almost looks like it all made from lego parts. So, what do you say about it?
The Lizard Roar M416 skin is going to available on the lucky spin event.
Also Read: PUBG Mobile PMCO 2020 Spring Split is Live
3. The Unicorn Set
The leaks also revealed a brand new M762 skin called 8-bit Unicorn M762 will be available with some other skins designed based on Unicorn. 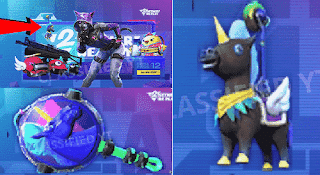 As you can see in the photo, A unicorn outfit, a brand new unicorn batch, and a unicorn mask are going be available to purchase in the upcoming season 12.
Also Read: PUBGM Red Packet Event: How to win Golden Helmet, Airpod, and Gift Cards

Like before, this time also PUBG Mobile Season 12 comes with a brand new MVP emote. This emote is called “Critical Heat: My Heart is your Hostage”. 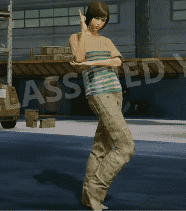 The screenshots of the emote are given below. This emote will be available on Season 12 Royale Pass rewards after the 3rd March.
5. Bizon Gun Skin
The very first skin for PP Bizon is coming too. As you can see, this PP Bizon skin is quite a cool looking gun that is going to be available on Royale pass rewards.

As I mentioned earlier that this time Season 12 will bring a choosable 100 RP outfit. Every season we get only one outfit for reaching 100th Royale Pass reward, but this time it is going to be different. 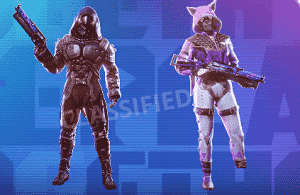 This time, PUBG Mobile will bring a legendary outfit which is available for both the male and female. As you can see in the photo, this RP 100 outfit of the upcoming season 12. The cat woman outfit will be the best outfit for the female players and also the best looking male outfit can not be ignored.
Also Read: How to Get Frozen Eggs to build Snow Sculpture in PUBG Mobile 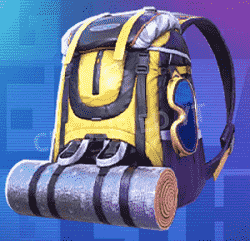 As you can see, this backpack is going to be on Royale Pass reward for the upcoming season 12.

A Hazard Outfit, Red Darcia Skin, and Helmet are also going to be available in this upcoming season. The screenshots of these leaked items are given below- 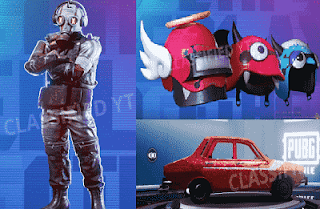 Thanks for your support, keep reading to stay updated!!!

PUBG PC to get new 8V8 TDM Mode soon, What about the PUBG Mobile version?