PUBG Mobile recently has confirmed the released date of 0.16.0 update. Yes, I am talking about the RageGear mode, Snowy destinations in Erangel, Cable Car, etc. Many of us already know about the 0.16.0 beta version. PUBG Mobile gave a glimpse of these amazing features in the beta version somedays ago. And now, they have confirmed its release date in the global version on one of their twitter posts. 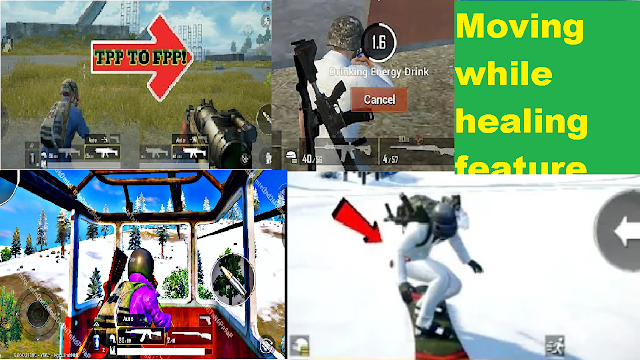 We got a 0.15.0 update in PUBG Mobile which includes, season 10, the new Sara character, Falcon Companion, etc. After that, they released the beta version of the upcoming PUBG Mobile update 0.16.0 to give an idea of what we will be getting in this winter update. Every year, PUBG Mobile has given us something special in the winter season and this time we will be getting Snowy Erangel, New Cable Cars, RageGear Mode, and more in this winter update 0.16.0. 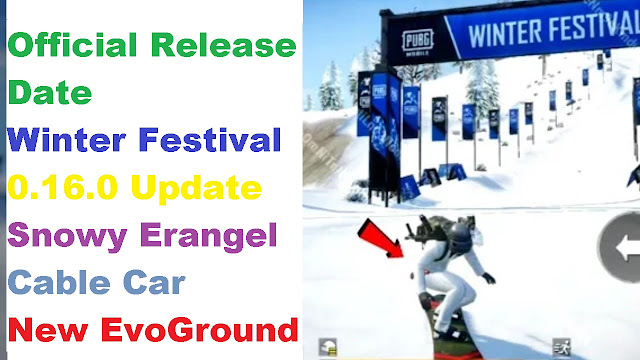 After we got the 0.16.0 beta version, many PUBG Mobile lovers were having the same question. When do we get the 0.16 update in the global version? Let you know that PUBG Mobile recently has confirmed that the 0.16.0 update is going to release officially in the global version on 11th December 2019 which is tomorrow. They have posted a twitter post saying that Winter Festival is coming! The new Update for 0.16.0 will be available starting from Dec. 11th, the server will not be taken offline for this update. This update requires approximately an additional 0.6 GB of storage space on your phone. Please update ASAP!

Winter Festival is coming! The new Update for 0.16.0 will be available starting from Dec. 11th, the server will not be taken offline for this update. This update requires approximately an additional 0.6 GB of storage space on your phone. Please update ASAP! #pubgmobile pic.twitter.com/kMFXcDo876

As it says the update will arrive tomorrow and you will need 0.6GB Data to update it completely. This winter festival update will bring many more amazing things in the classic match along with new TDM modes. So, let’s talk about it.

PUBG Mobile also updated a long and detailed patch note of 0.16.0 update. They posted a link of their Reddit post on their another twitter post, where they have explained everything that are coming tomorrow.

Check out the Patch Notes for the upcoming Update 0.16.0! https://t.co/YiCALOlTuh pic.twitter.com/yzcOmQNKVc

1.New EvoGround mode: In this new EvoGround mode, players will get big guns, and cars with guns mounted in it. Players will be fighting from their cars. This mode is all about destroying the enemy cars. It has two different modes.

2. Classic Mode – Snow Paradise: Players have a chance to enter Snow Paradise when queuing for Erangel in Classic mode. There are several destinations covered with snow. Mostly in the mountains. You can also go there by the new Cable Cars. You can go there have some fun with freestyle surfing too. Trust me, it is just like those snowboard surfing games.

3. EvoGround – Loadout: Players can now enter the Armory system from the Team Deathmatch Selection screen and access the Inventory screen to edit the weapon and items they bring into the match. Players will be able to switch their weapons freely when entering Team Deathmatch and when respawning.

The variety of weapons that you can use in the loadout increases along with your Evo Level. It will be like COD Mobile. The more you use a weapon it increases your weapon mastery level.

Also, the guns and ammo will not be available in the spawn point. Players will have their weapons and attachment directly from the loadout section.

5. Classic mode Healing update: Players will be able to use all the meds and boosters like Med Kits, Painkillers, Energy Drinks, etc while they are moving. PUBG Mobile is adding the Payload mode feature of moving and healing in the classic modes too. However, movement speed will be reduced while using them. Also, it won’t be necessarry to apply bandages again and again. Bandages can be used continuously automatically to restore health until 70%.

7. Low-tier players will no longer be able to spectate high-tier players. Prevent cheaters from benefiting illegally from this feature.

8. Slide settings: Sliding feature can be enabled and disabled from the settings. Once it is disabled, sliding will not be triggered in Team Deathmatch.

9. Playing again after the match is done: Also players will now be able to invite their friends while they are in a match. Once an invitation is accepted, players will automatically come to lobby and team up with the player.

10. Auto-Buffering features: Enable the auto-buffering feature in Settings to automatically detect the combat frame rate. If the frame rate is too low, it will help players lower the graphics quality of the match for smooth combat experience.

11. Players will get rewards for downloading maps in the game.

Sawed-off shotgun: Damage of each shot fired increased from 20 to 22.

Shotguns: The maximum traveling distance of shots decreased from 1,000m to 150m.

Fixed a bug where the two sides of a building window in Miramar were inconsistent.

Fixed a bug in Miramar which could cause players to become stuck in a confined space.

Fixed a bug in Vikendi which caused players to become stuck in stones.